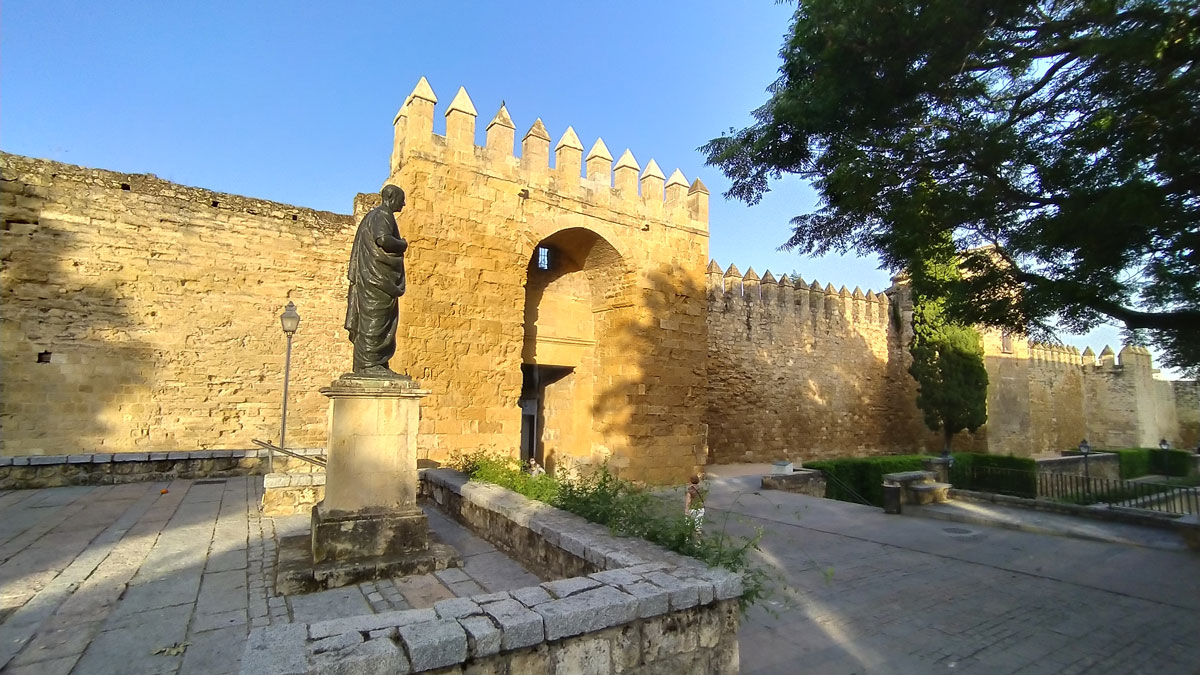 It is the west entrance of the wall of Cordoba. Being one of the three that can be found today, of the nine gates that existed in antiquity. When you enter The Almodóvar Gate you can go directly to the Jewish quarter.

The Almodóvar Gate as a monument

It is located bordering the exterior “the wall of the village”. It is a vain that maintains its structure since its foundation in the medieval era. It is a horseshoe arch pointing and flanking two Towers joined by a viaduct, under which is a barrel vault.

In the surrounding area, in the square that serves as a prelude to the entrance to the villa, you will find the sculpture of the philosopher and playwright Lucio Anneo Seneca, placed by the town hall in 1965. It was molded by the artist Ruiz Olmos, carrying a document in his hand.

He was a Cordoba philosopher who ended his days in the Roman Empire, he was part of the court of Emperor Nero.

When you visit Cordoba, delving into the atmosphere of that monument, you will consent to be aware of an area of the town with medieval style, decorated with gardens and streams, being a place endowed with beautiful walking, through its paths with trees that give shade to visitors.

When you enter the door, you will know a network of streets, squares and beautiful places that remind you of the tradition of the town.

History of the Almodóvar Gate

Distinguished in Caliphate times as a door of walnut or Badajoz. After the liberation of the city in 1236 it acquired the name with which it is currently known, because it was located on the road that led to the town of Almodóvar.

In Christian times it was when it was completely built, although in the Roman period its facade was already known. Its production was based on seating and sandstone piece.

It was restored in 1802, fully preserving the battlements of its two Towers and the adarve. Its modifications did not affect its basic structure. An interior door was added.

Near the Almodóvar Gate

When you walk into the door, you’ll find the Street of Jews, locating the Synagogue. In addition, you can see the Sefarad house and the Andalusian House.