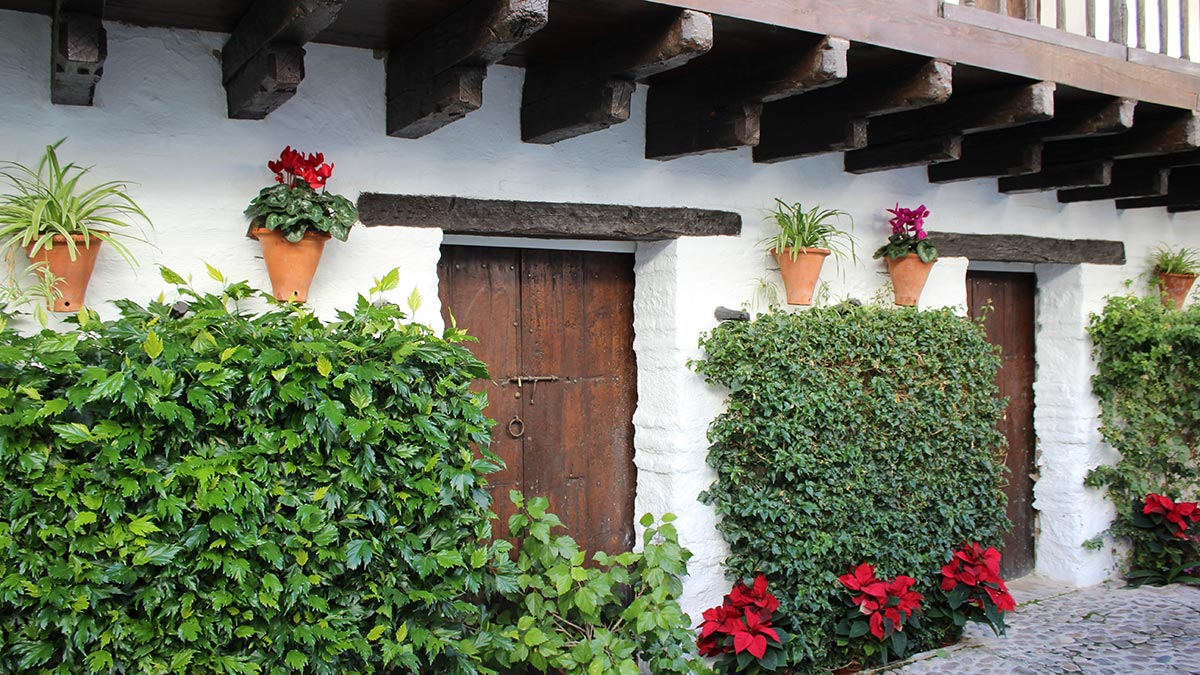 The Courtyards in Cordoba are one of the most visited monuments in the city. Although they only open a few weeks a year for visitors, they are internationally famous. They are cataloged as Intangible Cultural Heritage of Humanity by the UNESCO . Its success lies in the fact that they are the typical yards of old houses of neighbors, adorned with flowers that recall past eras.

The most visited Courtyards

In May, the Courtyards Festival in Cordoba, a festival that attracts more public every year. The Cordovan Courtyards that receive the most visits (the most traditional) are those found in some areas of the old town.

The typical neighborhoods of Courtyards are Santa Marina, San Lorenzo, San Agustín and San Lorenzo. Closer to the Mosque there are also courtyards in San Basilio and the Jewish Quarter.

When to visit the Courtyards in Cordoba

There are several dates on which you can visit the different yards, although when they look better they are in May, in the two weeks that their Festival is celebrated.

Typical courtyards in May

The flowers that adorn the courtyards in May have a special color, geraniums, gypsies and carnations with intense colors, which contrast with the white of the whitewashed walls and stone. Together with the odors that this vegetation gives off and the climate that invites you to look for shade and freshness, you can visit these corners in a cluster of pleasant sensations.

There are more opportunities to get to know the courtyards at other times of the year, but undoubtedly in spring it is the ideal time.

Courtyards of Cordoba at Christmas

At Christmas they also open the courtyards to the public, being another opportunity to visit them. The decoration in these dates is completely different from the one exhibited in May, with more suitable plants and flowers for this time of the year.

To entertain the visits of the Courtyards at Christmas, the city council and companies of the tourist sector organize performances and other events. On these dates an opening calendar is established so that the courtyards open their doors to the public.

The Courtyards open all year

Now you know that the Typical Yards in Cordoba are in neighbors’ houses that inhabit them throughout the year. This is why only some owners allow visitors to visit throughout the year, as long as an appointment is made through tourist guides companies with which they have agreements.

History of the Courtyards of Cordoba

The tradition of the Rypical Yards is directly related to the history of the city. Since the Roman period, there is this type of building of Mediterranean-style homes. They are composed of a small entrance, a central courtyard where family life was made and the different rooms.

The Muslim culture contributed to this type of housing the interior vegetation, by means of beds with different types of aromatic plants and flowers. Always looking for freshness to withstand the high summer temperatures.

What we know today as a neighbor’s house with its central yard, is produced with the increase of population. This type of construction was more economical, since a manor house was divided between several more humble families, sharing the yard, the kitchen and the bathrooms.

The first contests of courtyards are dated in 1921. Years later and after the civil war, the Mayor Dr Antonio Cruz Conde promoted this contest to favor tourism in the city. At present, the Asociación de Amigos de los Patios Cordobeses works so that this tradition lasts and expose it to visitors.

Monument to the Yards of Cordoba

The importance of the Typical Yards of Cordoba lies in two fundamental pillars, the courtyards themselves and their caregivers. To thank the efforts made by the latter, they have dedicated a monument that you can see in the Puerta del Rincón, very close to the Santa Marina. In it you can see a woman dressed “walk around home” while taking care of the pots of a typical Cordovan Yards. Its author, Juan Manuel Belmonte, has wanted to show in this work the day to day of the caretakers of the courtyards. 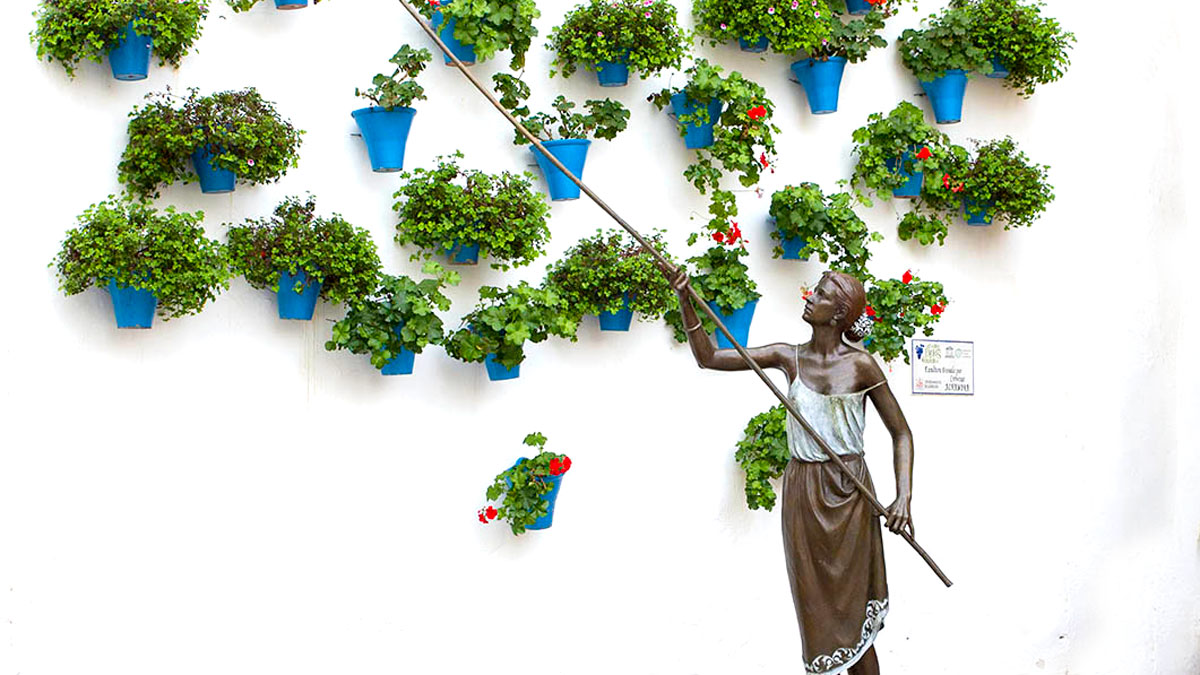 Interpretation center of the Courtyard Party

In the Street Trueque nº4 of our Capital is the Interpretation Center of the Courtyards Festival. It is a house with a typical courtyard that has been arranged as a living museum of the history of this festival.

This courtyard is open throughout the year so that visitors can still admire it on the dates when there is no contest. It is known as the Patio Carmela and has participated in numerous occasions in the festival, obtaining 45 awards throughout its history.

So far a brief summary of what are the Typical Courtyards in Cordoba. If you liked it, you can rate it and share it on your social networks.