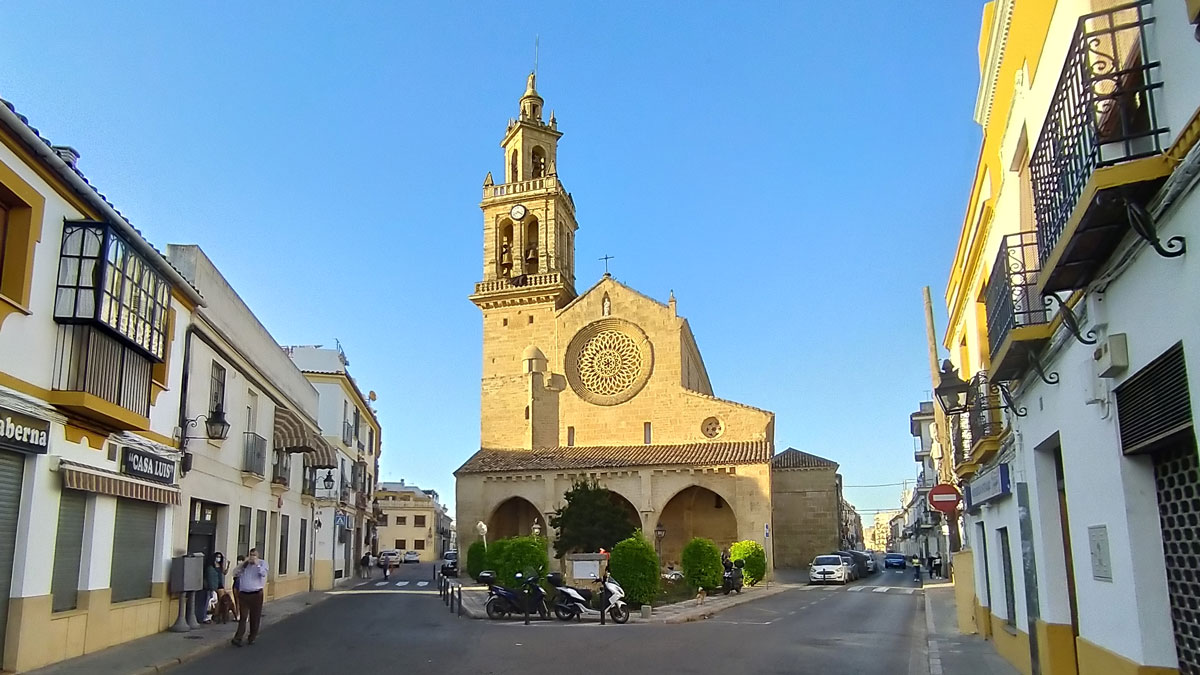 We call Fernandinas Churches at 11 o’clock that Ferdinand III the Saint built in Cordoba, all of them dating from the thirteenth and early fourteenth centuries. The role of these temples was religious and administrative, as they had a government role in the neighborhoods where they were located. To get to know them and put them in value, the Cabildo de Córdoba has proposed three routes.

The first route of the Axerquía comprises the churches of San Andrés, San Lorenzo, Santa Marina and San pablo.

The church of San Andrés is located near Calle Realejo, in the square that bears his name. On the outside part it stands out for the original lower part of the seventeenth century and the shield of Bishop Siuri at the front door.

Inside the Church surprises its altarpiece, of Baroque and somewhat ostentatious origin, by Pedro Luque Cornejo. It also has a lot of canvases with high value, some of them by Antonio del Castillo. 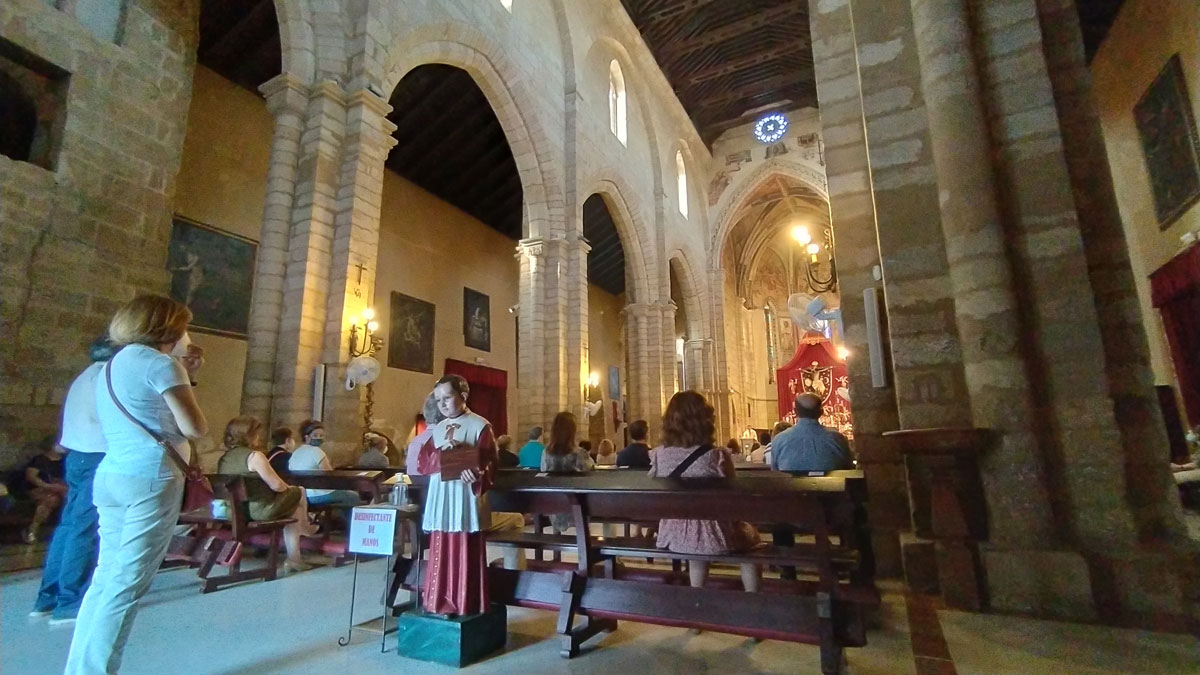 San Lorenzo stands out for being one of the jewels of medieval architecture in Cordoba. Located in the neighborhood that bears its name, this church stands out for a large rose window next to its bell tower. The estrada is composed of three large porticoed arches. Another feature of this Fernandine church is that it was built on an ancient minaret. The work we know was completed in the sixteenth century, done by Hernán Ruiz II.
As in the church of San Andrés, it has an imposing altarpiece of Baroque style and Italian paintings. It is said that this church is similar or follows the aesthetics of the Giralda of Seville.

This church is located in the Plaza del Conde de Priego, very close to the Viana Palace. Construction lasted more than a century, starting in the 13th century and ending in the 14th century. Its interior is completely Baroque style, but in his work you can differentiate inspirations in Gothic, Mudejar and Tardor-Romanesque. On the contrary, its tower is Renaissance style. Its interior is composed of three longitudinal naves.

It is located right in front of the town hall of Córdoba, on Capitulares street. In its facade to this street stand out two salomonic columns. Already inside, we can see a rose window similar to that of the church of San Lorenzo, this time in white stone.

Another of the outstanding features of this work is its railing, one of the best preserved in Spain. Inside the church you can see a large major altarpiece, mudejar-inspired coffered and the image of Our Lady of Anguish.

On this second route in the Axerquía area, you will get to know the churches of San Francisco, San Pedro and the Church of the Magdalene.

This church is located very close to the Rivera and the Corredera. It is an area surrounded by alleys that envelop it in a unique atmosphere. It is completely Baroque in style, dating from the thirteenth century. It has undergone several restorations over time. This church stands out among other things for its main entrance, made of white marble in which an image of Ferdinand III the Holy stands out.

This is a church that has been renovated several times, but still retains some of the original parts of its construction. Two of its covers remain the originals of medieval origin. Throughout the eighteenth century plasterwork was added to the ceiling.

Its interior stands out for the large main altarpiece, made by Negrete and the altarpiece of the Chapel of the Martyrs made by Alonso Gómez. Other famous architects who contributed to its construction or renovation were Hernán Ruiz II and Juan de Ochoa.

This temple is one of the first to be built by order of Ferdinand III, in fact it served as an example for those that were built below. Like others in the style, it has a large rose window at its main entrance. Another of the most prominent church entrances is one of the sides, which it uses for its diamond-tipped decoration.

This last route corresponds to what was the Villa de Córdoba. All are very close to the Plaza de las Tendillas, in the city center.

This is one of the best known churches in Cordoba and is located at the end of The Gran Capitan Boulevard. Its polygonal tower and bell tower stand out, which as on other occasions is built on an ancient minaret. It is a Gothic and Mudejar style building and inside stand out the Chapel of Baptism the main coffered and an urn of Damián de Castro. 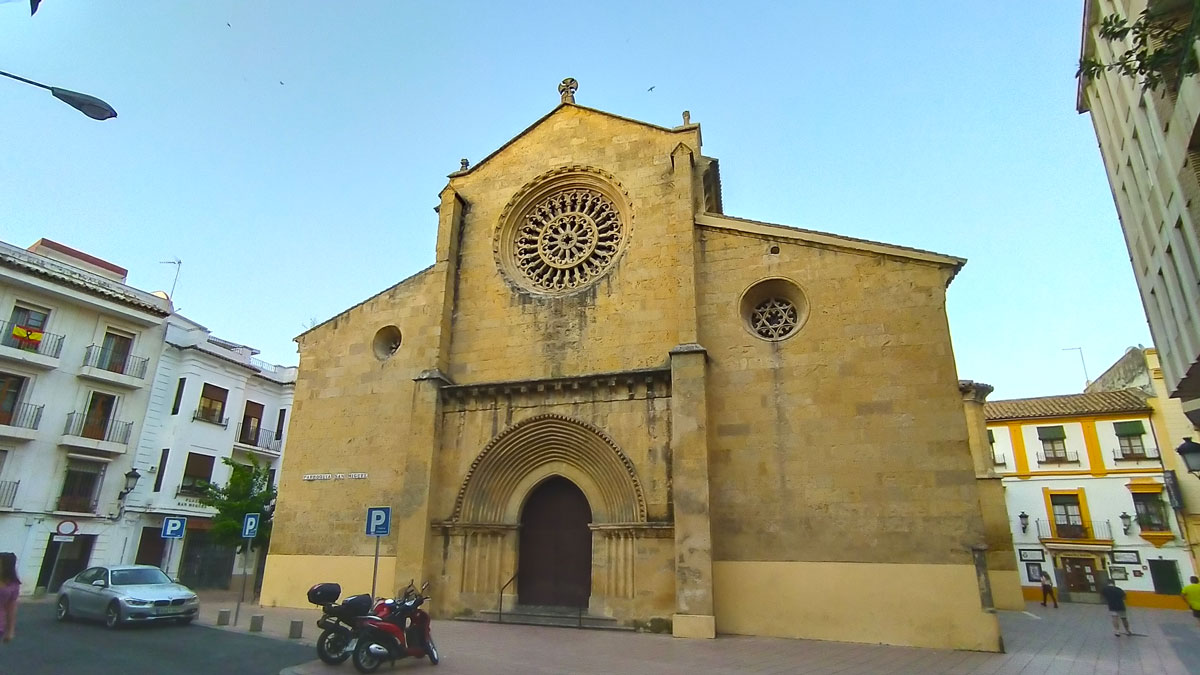 This temple is located very close to the Plaza de las Tendillas, which is considered a nerve center of the city. Its facade is reminiscent of the church of San Lorenzo, again with a large rose window on the main facade. The style is medieval Gothic and influenced by the Baroque.

Inside, the construction consists of three parallel naves. In its decoration stand out the marble altarpiece of the eighteenth century, some baroque carvings that are still preserved and canvases of great value.

This medieval church is considered to belong to the Fernandina churches, but over time only remains of the original construction are preserved. It consisted of three longitudinal naves. Some of the remains of this church are preserved in the Municipal Archive. What if he’s still standing in his square-based tower.

If you want to visit this Route of the Fernandinas Churches, below is an interactive map with which to reach each one of them easily.