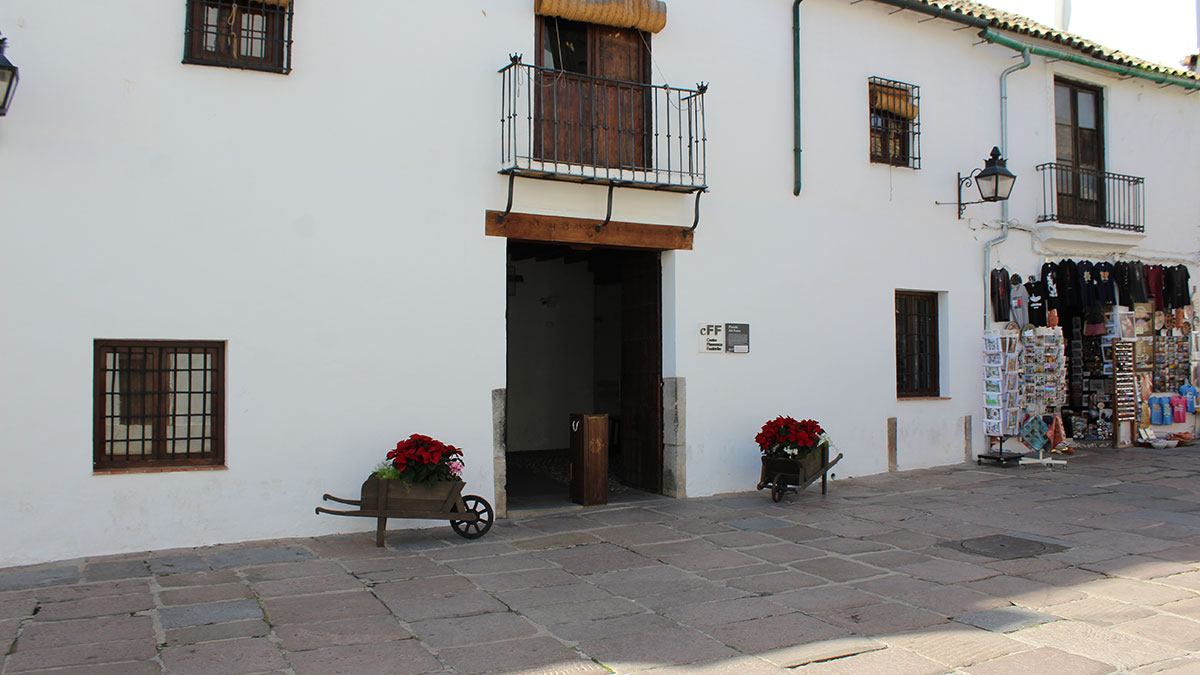 The Potro Inn is an old tenement house that served as an inn until 1972. Its structure is that of a typical 15th-century tenement. In the lower part, the stables were located, with a central courtyard, a well … and on the upper floor, where the rooms were housed.

One of the particularities of this building is its central courtyard. If you visit the city when the Courtyards of Cordoba are not open, here you have the opportunity to visit one of them, since it is open all year round with free admission.

It has all the characteristics of a typical Courtyards of Cordoba, with its decoration of pots and flowers, whitewashed walls, well and wooden balconies. This is one of the most recommended places to visit in Cordoba, as well as being very close to the Mosque.

History of the Potro Inn

The Potro Inn has a lot of history, in fact, some of its former guests were Pio Baroja, who named this house in “La Feria de los Discretos” and Miguel de Cervantes, who say that he was inspired by Potro Inn when he wrote his brilliant work, “Don Quijote de la Mancha”.

The Inn is in the Potro Square, next to the museums of Fine Arts and Julio Romero de Torres. In its interior is the Fosforito Flamenco Center, where a large number of works related to the world of Flamenco are exhibited in an audiovisual way.

The Potro Inn, along with the Museum of Fine Arts and Julio Romero’s are located in Potro Square.