Iznájar is the southernmost town in the province of Cordoba. It is located on a hill, almost entirely surrounded by the reservoir that bears its name. In fact, one of its main attractions is the number of viewpoints that surround it, with great views of the Swamp. In addition, this village is considered one of the most beautiful in Andalusia. You want to know what to see in Iznajar?, keep reading …

At the top of the village is the Castle of Iznájar, a fortress of Muslim origin built in the 8th century. He was once serving as a surveillance and defense. Its position at the top of the hill is purely strategic. 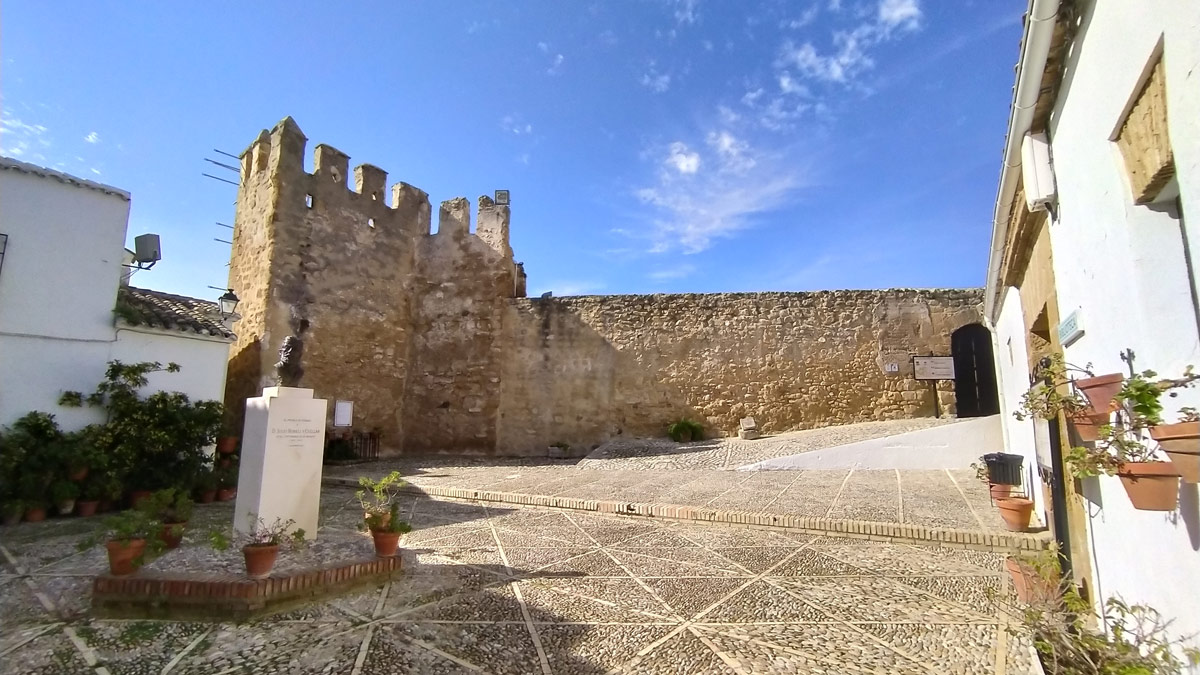 Another of the uses that this castle has had is that of housing the Duke of Sessa, who ordered its remodeling back in the eighteenth century. In 1991 it was acquired by the City Council of Iznájar, when it was in a situation of abandonment. It is now a building rated culturally good.

Today it is open to the public every day for sightseeing. More information and ticket sales at the tourist office of Iznájar.

In this village surrounded by its large reservoir, there are a lot of viewpoints. I’ll top six. One of them is the viewpoint of San Pedro, from here you can appreciate the size of the swamp, great sunsets and the historic center of Iznájar, as it is located at the top of the village. 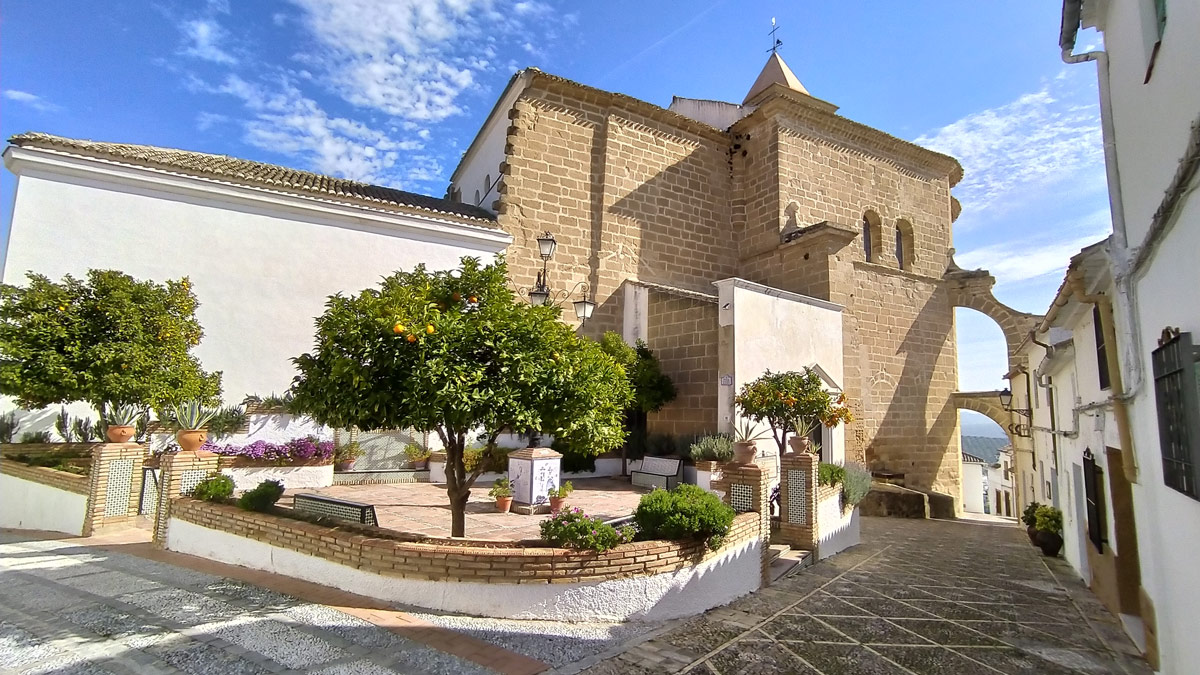 The old town of Iznajar is a place full of charm, where it seems that time has stopped and with corners that you cannot miss.

Very close to the tourist office is the Patio de las Comedias (Comedy Courtyard). It is a place with a lot of charm, surrounded by pots in blue tones, with very flowery plants on the white background of the whitewashed houses. In the center, a fountain with a statue of a woman.

In Muslim times (when its Castle was built) this square was used as a Souk. It later changed its use to the open-air theatre, hence its name. Today it is one of the most beautiful squares in Iznájar, which is carefully cared for by its neighbors. 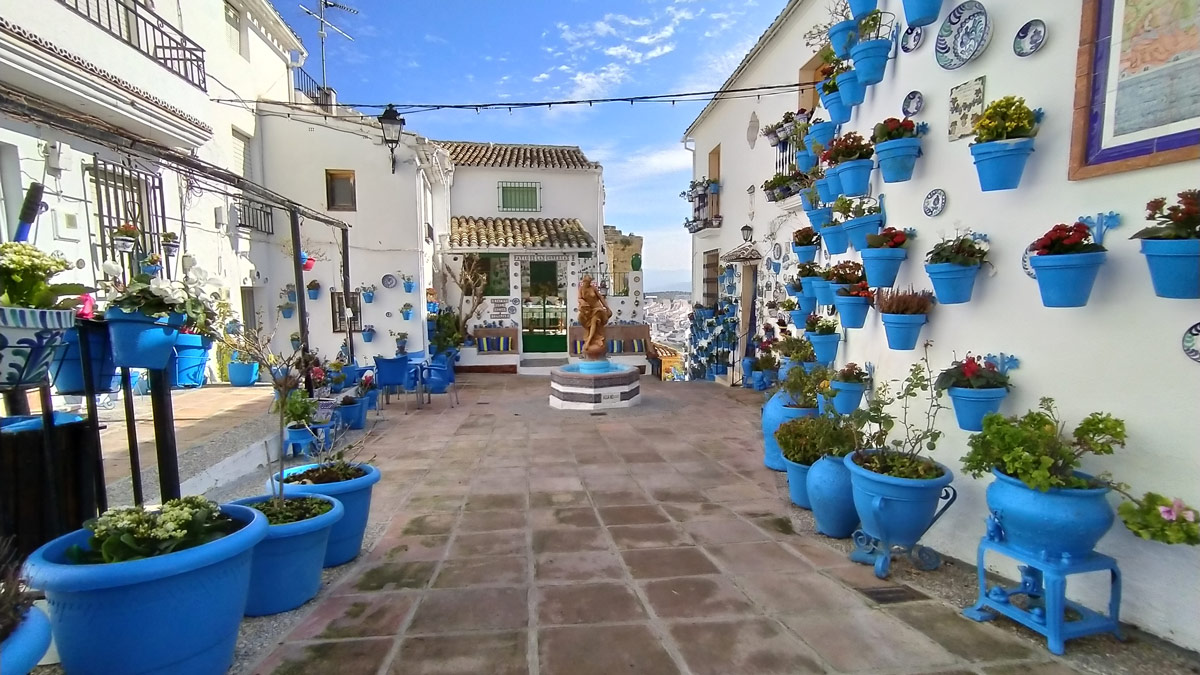 Very close to the Plaza de las Comedias is the Torre de San Rafael (Sant Rafael Tower). It is the little that remains of the walls that surrounded the city in antiquity. Its name is due to the San Rafael that is at the highest point of the Tower.

Within the historic center and very close to the Plaza de las Comedias is the Church of Santiago Apostol. It is a Renaissance construction dedicated to the Apostol Santiago. The construction dates from the sixteenth century, although inside there is an interesting altarpiece of the eighteenth century.
Other sites of interest

In the historic center of Iznájar you can also visit its public library, which has recently installed a building that was Posito Agrícola in the time of Charles II. Another place in Iznajar that you can’t miss is the Rafael Alberti Square, located next to the Church of Santiago. 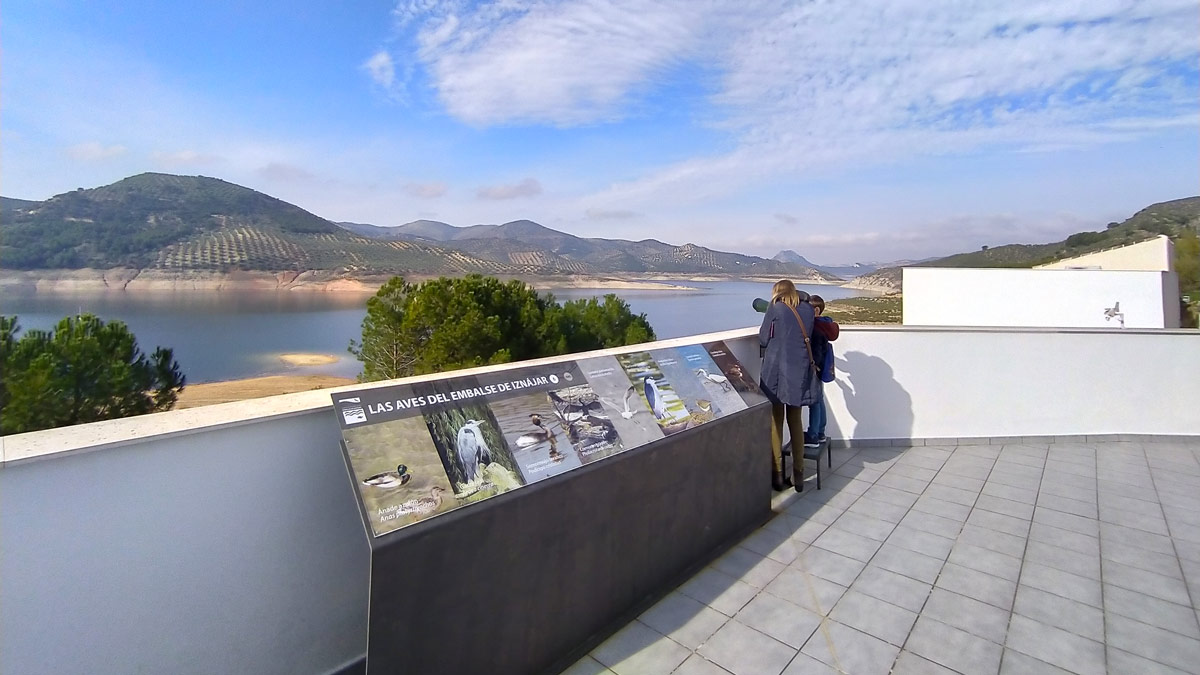 The reservoir was built in 1969, completely changing the shape and physiognomy of the village. Today the reservoir is the main tourist attraction of Iznájar, with its natural freshwater beach. In the Interpretation Center of the Reservoir you can know its history and how the area has changed since the dam was built. 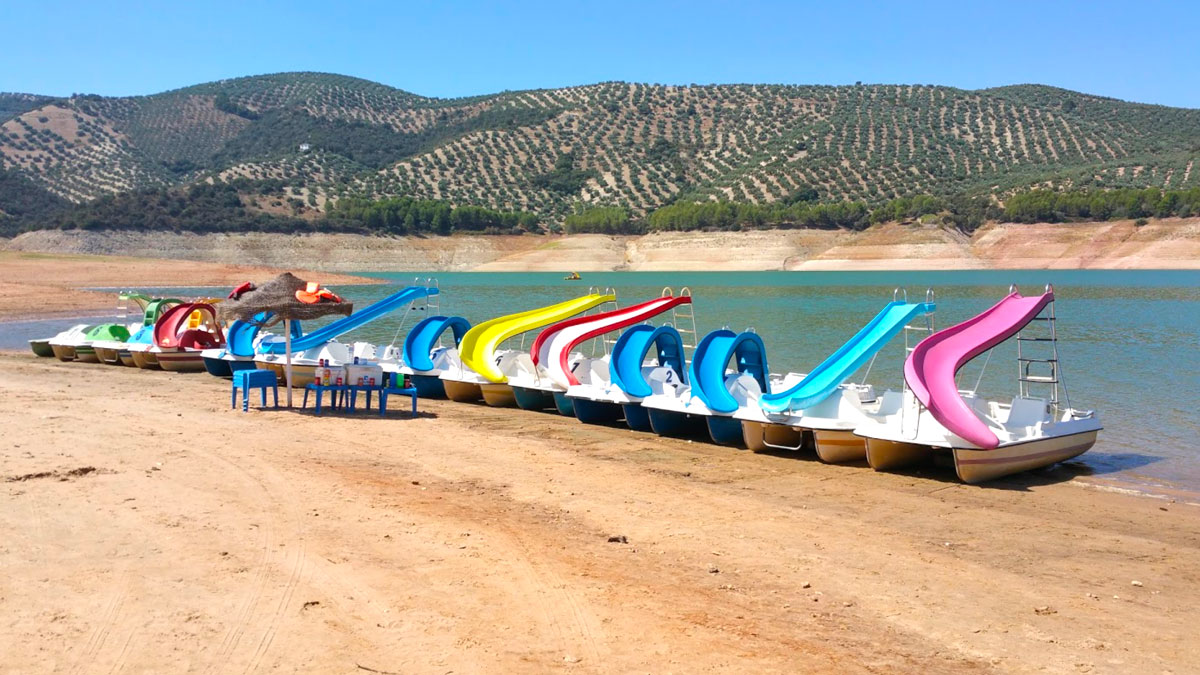 Valdearenas Beach is part of a natural setting that bears the same name. It has a bank of 1.5Kms intended for bathing and water sports. On the beach you have different areas intended for bathers who are accompanied by their pets. As with every beach, it has a beach bar and public services for bathers.

so far a brief summary of what to see in Iznájar. Remember that it has one of the three inland beaches of the province, a good claim to visit the town in summer.