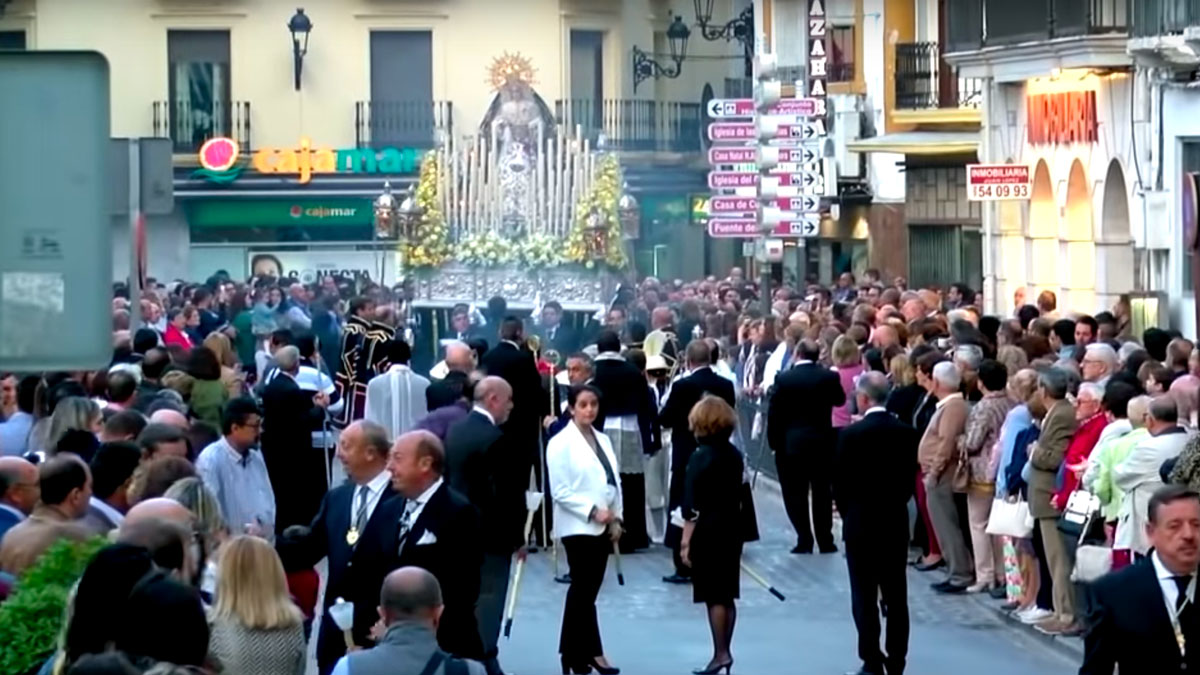 One of the best known traditions in Priego de Cordoba are the Sundays of May. It is a celebration that has been taking place since the seventeenth century, when it was decided to take out in procession the most revered images in gratitude for the rains after a great drought. Below you can find out which are the five sororities that take their images to process these days.

The Brotherhood of Charity is part of the celebrations of these Sundays of May. Its full name is the Brotherhood of Mary Most Holy of the Homeless and Most Holy Christ of the Expiration, and it is usually the one that draws its images through the Neighborhood of the Villa, which is especially adorned for the occasion

We do not know exactly when the Royal and Illustrious Brotherhood of Our Lady of Good Success was founded, but it has several centuries of history. They leave on their May Sunday from the Church of San Francisco. Tradition says that vows were made to somehow prevent plagues and epidemics, calling for their divine intersection.

On the next Sunday of May it is starred in the Brotherhood of Our Lady of Solitude. In their processional steps are accompanied by bands of music and traditional raffles are performed before the exit of the steps.

One of the last Sundays of the holiday is the Arch-Confraternity of Our Father Jesus in the Column. It is one of the most traditional sororities in Priego, and the procession of its images is impressive.

The steps come out with a great majesty, accompanied by band of music with numerous scores composed for this brotherhood. Along with the images, legionnaires and civilian guards parade.

The processions of the Brotherhood of Our Father Jesus Nazarene are another of the best known and revered in the locality. They also have their Domino de Mayo to take their images in procession, with a large influx of faithful. Together with Jesus Nazareno they parade numerous women in his typical mantle suit and band of buglees and drums.

Somehow on Mayo Sundays have become a tourist attraction of Priego, being a good opportunity to get to know the different traditions of the town when Easter has passed.